A Conversation with Robert Rosenkranz

YHR: Mr. Rosenkranz, could you please start by describing yourself in a few sentences.

Robert Rosenkranz (RR): I'm a graduate of Yale University, Class of 1962. Next, I went to Harvard Law School. Since then, my career has been in finance. Recently, I've been spending more and more time on philanthropy, primarily on policy and public discourse as well as the arts and higher education. That's been an enormous source of satisfaction for me in recent years.

YHR: To prepare for this conversation, I listened to one of your former interviews. I was interested to hear that you pored over biographies on industrialists while growing up. Did learning about these historical figures inspire you to enter philanthropy? How have lessons from these books shaped your own life?

RR: Reading biographies was a key element in my figuring out how to succeed in life and what the well lived life looked like. I came from very modest circumstances.  Frankly, I had no role models in my immediate world, so I used biographies to find some. I read about industrialists, statesmen, military leaders, scientists, everybody. These were my manuals for how to succeed in life and for thinking about what constitutes a well-lived life. I wanted to know their personal and professional paths. These biographies proved to be extremely important in my own self-definition.  Some dealt with early American industrialists like Rockefeller and Carnegie.   They were called “Robber Barons” in my day, but I saw them as heroic figures who built our industrial might and established a splendid tradition of large-scale philanthropy.

Carnegie and the Rockefellers formed a variety of cultural and educational institutions — universities, libraries, and concert halls. They were not only generous but they created the institutions they felt society needed.  While I have been proud of my gifts to Yale, the initiatives I've started myself have been the most satisfying. Intelligence Squared is very high on that list.

YHR: You mentioned that Intelligence Squared U.S. holds a special place in your career. How did you come to value this project so much?

RR: I recognized the need for a contempt-free zone where people with different points of view could debate important issues and try to persuade an audience that they're right in the process. Intelligence Squared was born out of this realization.

The audience plays a key role because they decide the winner of the debate. Viewers need to think critically while hearing two sides argue with passion. They couldn't do their job, so to speak, unless they were willing to be convinced. The audience votes before and after the event. As you know, the side that changes the most minds wins. It's amazing how people react in these situations. Usually around 40% of people vote differently after hearing the debate. To me, these numbers are very heartening. It shows that if you invite people to think deeply, they will.

YHR: Let’s get into some more detail about the debates themselves. How do you format these conversations so they elicit these reactions in the audience?

RR: First of all, we've explored the state of play in academia probably at least a half a dozen if not more times over the years. We continually come back to topics like intellectual diversity on campus. I am proud that we're able to shine a spotlight on and maybe be to some degree a catalyst for more thinking about this area.

I particularly have enjoyed debates that confound traditional left-right divides because I don’t think about the world in those traditional terms. For example, we’ve held debates on the legalization of drugs. The libertarian right wants legalization because of individual liberty. The social justice left wants legalization because they saw far too many Black Americans incarcerated as a result of drug laws. People approached the topic from radically different viewpoints but arrived at the same spot.

YHR: On the topic of higher education, I know you were involved in the redesign of the Yale College curriculum. How did your own undergraduate experience shape your perspective in these conversations? What skills did you gain that you hope students today learn as well?

RR: The most influential courses for me at Yale were in economics. I majored in the subject and it became part of my intellectual DNA. When deciding which courses to take, you should think about the basic skills you want to gain as an undergraduate. For me, it was valuable to learn about the basics of supply and demand, the behavior of firms, the role of government, and the drivers of price stability or inflation, as well as of economic and credit cycles.

Regarding the curriculum, it struck me as a real breakthrough that administrators placed a focus on the skills that would serve you for a lifetime, rather than specific bodies of knowledge. Those skills included scientific method and quantitative reasoning. But I realized that required courses could simply be a tick-the-box exercise, unless new and meaningful courses were created. Yet there were obstacles to doing that. Professors who want to contribute to their field will have plenty of money available to advance their careers through publishing. Unfortunately, there’s no money or professional advantage for professors to create a course for nonmajors that exposes them to quantitative or scientific techniques. It seemed to me that we could correct this pretty easily: just give the faculty what they would have received in a research grant. It was not a ton of money, and it completely aligned with what we wanted to do. As a result of the donation I gave, Yale created around two dozen new courses.  The University was very strong on follow-up  and sent me student evaluation forms from courses that we had created. Students wrote that these classes made them rethink their majors and even their lives. I found this incredibly powerful.

YHR: You might as well have read my course reviews. I study history and Spanish and have taken these classes engineered for nonmajors like me. Although I will not pursue a career in STEM, these courses have granted me a deeper understanding and appreciation of my surroundings from a scientific perspective. Shifting back to the humanistic fields, I have learned that much of a historian’s task comes down to understanding causality. One of my friends who studies economics agreed that much of his major comes down to these causal questions. Does that resonate with you or not?

RR: Not especially to be honest. I found that you could express some of these ideas in terms of causality – higher prices cause supply or lower prices cause greater demand. I suppose that's a valid lens in a few cases. But we still don't know what causes some of the most basic economic phenomena like inflation, economic growth, and innovation after all these years. Often markets behave reflexively rather than moving toward an equilibrium.  I took away from economics a very sophisticated way of thinking about tradeoffs. That's at least the way I would frame it more than strictly causality.

RR: We can go through a brief taxonomy of our debates. I really enjoy framing these questions in different ways. One form is about whether somebody should do something. Should Congress allow or prohibit a certain action? Would this produce a good or a bad result? Sometimes it's about the state of the world, evaluating the truth or falsity of a proposition. Russia is our Enemy. Sometimes it’s about the future:  Will flexing America’s muscles in the Middle East make matters worse or better?

But sometimes we get such nuanced topics that even the dichotomy doesn't work. For these, we've shifted to a format where we'll explore maybe five aspects of a situation rather than finding one solution. We will typically have five panelists and they won't always be on the same side with each other. In bringing together people with different alignments, we try to do justice to these more complex themes.

YHR: Listening to you describe the debate structure ties back to the reason why you created Intelligence Squared in the first place: a desire for discussions on a diverse array of topics that incorporate a variety of perspectives. How do you see Intelligence Squared in relation to the development of American political discourse?

RR: I don't know how much of an impact we have had. We started this about 14 years ago, and I can hardly say that the state of discourse in American political life is better than it was. We just want to be useful. We're trying to bring something to the public square that is needed, but I can't say that this is transformative.

YHR: Today is an undeniably transformative day. President Biden was sworn into office an hour before we got on this call. What do you hope for as we transition away from the era of Trump?

RR: I am optimistic by nature. When we look back over the last years, there is a lot to criticize.  You could be upset or even traumatized, but I think we can take away some positives as well. For one, we discovered vaccines in record time. 10 months ago, we didn't even know what coronavirus was. Now we have enough vaccines to distribute. It's an extraordinary human achievement. We talk about the extreme polarization of American politics, but the mitigation of the economic effects of this virus was bipartisan. Trump absolutely challenged some of the core norms of American political life, but our institutions were strong enough to withstand him. President Biden's inaugural speech gave me hope. It moved me. It was a real statement for unity and the values that hold us together as a country. At least we have somebody in the White House whose heart is in the right place. 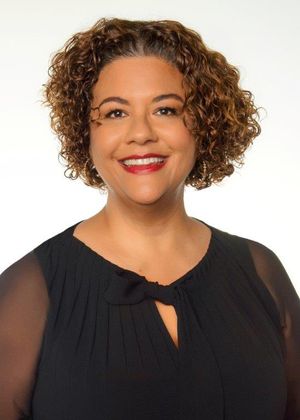 
Elizabeth Alexander on the intersections of identities


An interview with Justin Farmer 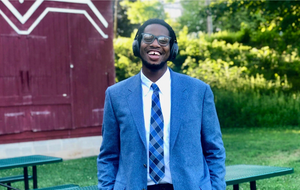