The Hatch and Brood of Time 11: John Shakespeare the Wool Dealer

What is known about William Shakespeare’s childhood has been pieced together from scraps of information and much guesswork. Significantly more can be discovered about his parents during the years in which William Shakespeare was a child, particularly his father, who left a mark in the courts and local government of Stratford-upon-Avon. John Shakespeare had several regular jobs, and he is most remembered as a glove-maker, but much of his money came from an unexpected source: his work illegally trading wool as a wool dealer or “brogger”. This secret source of income contributed to a decline in the Shakespeare family’s fortunes in the 1570s and 80s, which in turn prompted a distrust of lawyers and the law in several of William Shakespeare’s plays.

complains against John Shakyspere of Stretforde, in the county of Warwick,

glover, in a plea that he return him £8.” (Qtd. in Bearman, “John Shakespeare Identified as a Glover.”)

This is the first extant record of Shakespeare’s occupation, but not the last. In 1561, he was described as a husbandman; he was described as a yeoman in 1575, 1579, 1580 and 1597 and as a whittawer (a person who worked with white leather) in 1573 (Bearman, “John Shakespeare Witnesses…”; Bearman “John Shakespeare: A Papist…” 425). It is possible that some of these jobs were incorrectly recorded or considered interchangeable, but at the very least, Shakespeare had a stable source of income and a good reputation. He was also occupied in local government; in both 1558 and 1559, he was elected constable of Stratford-upon-Avon (Bearman, “John Shakespeare Elected...”), and in 1568 was sworn in as bailiff (Bearman, “Meeting of the Stratford-upon-Avon Corporation…”).

John Shakespeare was also involved in a more illicit business: wool-brogging. Wool was a valuable material, and its trade was highly regulated by the government. Broggers like Shakespeare acted as illegal “middlemen” between the people who collected wool and the manufacturers who needed it (Bearman, “John Shakespeare: A Papist...” 423). They were thought to cause wool prices to rise and create competition for the Merchants of the Staple (the company which controlled the export of wool and other materials). The illegal sale of wool was particularly advantageous for glove-makers like John Shakespeare; these workers could begin in the business by selling “fell wool”, or the scraps of wool that they scraped off of skins used to make gloves, then expand to sell greater quantities of wool (Bearman, “John Shakespeare: A Papist...” 424). This may have been how Shakespeare made his start. If so, selling wool must quickly have become routine; after his death, when one of John Shakespeare’s properties had been converted into an inn, its landlord claimed that “when he re-laid the floors of the parlour, the remnants of wool, and the refuse of wool-combing, were found under the old flooring, imbedded with the earth of the foundation” (qtd. in Schoenbaum 31). These efforts were highly profitable for the first few years. In 1571, Shakespeare bought at least 600 stones of wool, a quantity that “placed him well up in the ranks of Midlands dealers” (Bearman, “John Shakespeare: A Papist…” 424).

However, as successful as his career as a brogger must have been at the start, Shakespeare experienced financial difficulties in the latter half of the 1570s. He fell deeply into debt, and his property was at risk of being seized by the Crown (Flood). This could be a result of legal repercussions of his wool trading. John Shakespeare’s career as a wool-brogger was ill-timed. In 1552, an Act of Parliament banned anyone but manufacturers and state-approved merchants from selling wool in an effort to reduce competition, lower wool prices, and make it easier for the Merchants of the Staple to export wool (Thomas and Evans 317). However, it would not have been hard for Shakespeare to avoid having to comply with this act. Not only was it seldom enforced in practice, a series of granting licenses were created to avoid it (Bearman, “John Shakespeare: A Papist…” 424). But in the 1570s, restrictions on wool trading tightened as wool prices rose. In 1576, even the Merchants of the Staple were briefly banned from trading, and as the prices remained high, another proclamation banning licensed dealings was issued in 1581 (Bearman 424-425). These measures did not last; in the early 1580s, this increased stringency had died down. However, they coincided with the beginning of John Shakespeare’s financial troubles. If Shakespeare did run into trouble with the law, that could be an explanation for his crisis in the late 1570s -- a social blow dealt by legal troubles combined with growing debt could explain Shakespeare’s nonattendance at council and church meetings and the eventual termination of his position in city government in 1586.

It is also possible that John Shakespeare’s finances were not significantly harmed by the panic over illegal wool trading. He did have to go to court over wool trading at least once; in addition to accusations of usury, which were common in the 1570s, John Shakespeare was tried for the illegal purchase of wool in 1572. He supposedly bought 200 tods (5,600 pounds) of wool, presumably to resell it (Thomas and Evans 317). However, while this fine may have presented a temporary financial problem, it does not explain the rest of Shakespeare’s struggle during this period. Apart from the 1572 case, which accused him of buying wool rather than selling it, Shakespeare was probably not called out for his wool-brogging. His name was not included on a list of broggers given to the Privy Council by the Mayor of the Staple, nor on a list of broggers trading illegally at Cirencester market; his name was also almost certainly not included in a list of broggers who gave sureties to stop trading wool in 1777 (Bearman, “John Shakespeare: A Papist…” 425). Instead, it is more likely that Shakespeare simply ran out of luck. The risk of losing money through selling wool was high; if discovered, a brogger could lose twice as much money as he made (Thomas and Evans 317). Any unexpected misfortune could have toppled not only Shakespeare’s financial situation, but also his standing in his community and his role in the government of Stratford-Upon-Avon.

The occupation that may have influenced John Shakespeare’s financial difficulties also may have aided in his recovery. There is some evidence that the Shakespeare family’s circumstances improved towards the end of the 1580s, when John Shakespeare recovered some money from a series of cases in which he sought repayment of debts. In 1599, only two years before his death, Shakespeare sued a man named John Walford for refusing to pay an agreed-upon sum of £21 for twenty-one tods (588 pounds) of wool (Schoenbaum 31-32). The agreement was supposedly made 30 years before the case was presented.

William Shakespeare was aware of his father’s occupations, or at least of the details of glove-making. Gloves were mentioned in many of his plays; as well as significant mentions of gloves in The Winter’s Tale, King Lear, and Love’s Labour's Lost, one line in The Merry Wives of Windsor, “Does he not wear a great round beard, like a/glover's paring-knife?” (Shakespeare, The Merry Wives… 33), compares the round shape of a beard to that of a paring knife (a knife used to scrape away hair from the skin used to make gloves). If William Shakespeare was aware of this aspect of his father’s employment, perhaps he was also aware not only of the family’s financial struggles throughout William Shakespeare’s teen years, but of the cases brought against John Shakespeare in court. This could have contributed to a cynical attitude towards lawyers and the law throughout his plays. The most famous quote from Shakespeare about lawyers came from Dick the Butcher in Henry VI, Part 2: “The first thing we do, let's kill all the lawyers” (Shakespeare, Henry VI, Part 2 179). It was a dark joke more than a sincere criticism of the legal profession. However, Jack Cade’s response to this joke was more serious, and seems to match what Shakespeare himself may have thought about his father’s debt:

“Nay, that I mean to do. Is not this a lamentable thing, that of the skin of an innocent lamb should be made parchment? That parchment, being scribbled o’er, should undo a man? Some say the bee stings, but I say, ’tis the beeswax; for I did but seal once to a thing, and I was never mine own man since.” (Shakespeare, Henry VI, Part 2 179)

Jack Cade did not criticize lawyers as much as the law itself. The strangeness of assigning pieces of paper the ability to ruin people’s lives -- lives like John Shakespeare’s -- may have occurred to a teenage William Shakespeare. His father’s illegal business dealings and time spent in courtrooms would have taught Shakespeare that the law did not always align with morality, and that those who protect the law could be as corrupt as the people condemned by it. 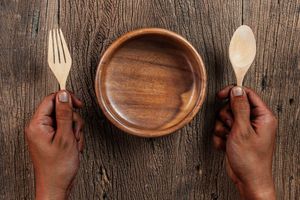 
Do No Harm or Doing More Harm than Good? – How Doctors are Contributing to Eating Disorders Among Black Women


We Should Support Black Businesses, But Full Racial Equity Will Require Much More: An Op-Ed by Brian Reyes 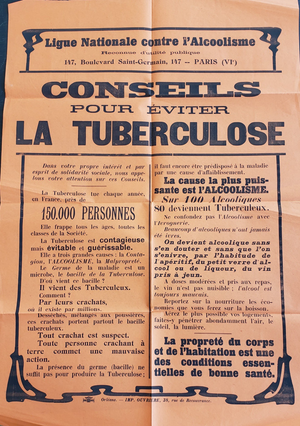