The Hatch and Brood of Time 3: Examining the Wooden O

The prologue of William Shakespeare’s Henry V questioned how a single theater could contain stories from around the world. “May we cram/Within this wooden O the very casques/That did affright the air at Agincourt?” (Henry V 7) The “wooden O” to which the chorus referred was probably the newly-built Globe Theater, the London theater where many of Shakespeare’s plays were first performed. Henry V was possibly the first play performed at the Globe, and if so, this prologue would have been the theater’s introduction. But what kind of building was the chorus introducing? Though a single, uniform image of the Globe Theater has emerged over centuries, it is impossible to know exactly what the interior of the theater looked like. One may form a very minimal idea of the features of Shakespeare’s stage from his plays, but most of the modern idea of the Globe’s appearance is built from details pieced together from records of other Elizabethan theaters, rather than from the Globe itself.

The plays themselves reveal some information about Shakespeare’s theater space through stage directions. Several plays written after the construction of the Globe Theater mention the existence of at least two doors for entrances and exits. For example, this note in Measure for Measure confirms that there must be more than one door: “Enter Duke, Varrius … Officers, and Citizens at several doors” (Shakespeare, Measure for Measure 173). The Globe must have had groundlings, or audience members who stood in a crowd on the ground floor of the theater, as they are cheekily mentioned in Hamlet: “O, it offends me to the soul to hear a robustious, periwig-pated fellow tear a passion to tatters, to very rags, to split the ears of the groundlings” (Shakespeare, Hamlet 137). The Chorus in Henry V asks if the theater’s “cockpit [could] hold/The vasty fields of France” (Shakespeare, Henry V 7), so the groundlings must have stood in the “cockpit” of the theater, or the space surrounding the stage on the first floor. A “window above” is mentioned in a few plays; in Henry VIII, Henry VIII and Doctor Butts enter “at a window above” (Shakespeare, Henry VIII 207). However, Elizabethan theaters may not have contained a permanent window, and may have instead used fake windows only for those plays that required them (qtd. in Thomson 226). In any case, these stage directions are vague enough to be of little use in piecing together the actual appearance of the theater. While the Globe certainly had several doors and a stage that protruded into a central open area, there is no mention in the plays of the placement of the doors or style of the theater itself.

Elizabethan maps and images provide valuable information about typical characteristics of theaters of the time, if not about the Globe theater itself. Perhaps the most famous of these is a copy of a 1596 drawing of another London theater, the Swan, which was built only four years before the Globe (Goff, 2004). It is the only surviving Elizabethan drawing of the interior of a playhouse, and as such has been used heavily as a source for modern reconstructions of the Globe, despite its lack of detail and probable inaccuracy. Given its ability to uphold Shakespeare’s stage directions and similarity to what is known about the Globe, it is a particularly tempting model. The exterior appearance of the Globe is more definitive. It appeared in various panoramic images of London between the construction of the first Globe in 1599 and the destruction of the second Globe in 1644, and all but one depicted it as an octagon (the final panorama showed the Globe as a circle) (Adams 1). It certainly had three floors and no roof; its open ceiling is confirmed by Historia Histrionica, a 1699 book on 17th century English theatre:

“The ‘Globe’, ‘Fortune’, and ‘Bull’ were large houses, and lay partly open to the weather: and there they always acted by daylight.” (qtd. in Chambers 372)

Though this mention of the Globe also offers no specific information about its interior appearance, it does name two other theaters that were likely built in a similar way to the Globe, particularly the Fortune Playhouse.

The Fortune playhouse was built by the same carpenter as the Globe theater, soon after the Globe itself opened (Orrell 15). Though the Globe’s building contract has not been found, the Fortune’s survived. It described the Fortune’s dimensions, materials, and rooms. Most importantly, it noted that the theater should be “effected finished and doen accordinge to the manner and fashion of the saide howse Called the Globe” (Street et al. 2). According to the contract, the Globe was smaller than the Fortune and had “convenient windows and lightes glazed to the… Tyreinge howse” (Street et al. 2), or the backstage area used as a dressing room. The contract described a thrust stage extending to the center of the playhouse, a cover over the stage but an open ceiling over the yard, and tiled staircases. The contract also specified the ways in which the Fortune theater differed from the Globe. The carpenter Peeter Streete was asked not to paint the stage or its frame (Street et al. 3). From this one can gather that the Globe’s stage must have been painted. However, despite these details, most of the references to the Globe theater in the building contract of the Fortune said simply that the Fortune should be built -- in some unspecified way -- along the guidelines of the Globe’s construction, rather than elaborating on how the Globe itself was built, or which aspects of the Fortune should be similar.

A third and rather more obscure source of information about the appearance of the Globe Theater was outlined in Francis A. Yates’s Theatre of the World. Robert Fludd, a British philosopher and physician, described in his 1617 text Utriusque cosmi maioris scilicet… his method of memorization involving assigning words to aspects of a stage, inspired by the classical concept of memorizing words by applying them to parts of imagined places. One of the engravings in Fludd’s work displayed a stage with five doors, three on the first level and two on the second. One is meant to use the five doors to memorize five words; one does this by imagining that Medea the sorceress is performing five actions, one to represent each word, while standing in front of each of the stage doors (Yates 145). Yates argued that the stage shown in this engraving was that of the second Globe Theater. Fludd’s technique required that the theater used for memorization must be a real building rather than an imagined one, and thus Yates argued that the theater in the engraving must have been an existing Elizabethan theater, or at least a slightly altered version with the same placement of doors upon the stage (147). Yates believed that this theater must have been round and held “strong astral and cosmic associations” to suit Fludd’s astral system of memorization, and that the Globe had a unique association with the stars (159). Perhaps the strongest evidence of the connection between this image and the Globe is the title “Theatrum Orbi” on the back wall, or “theater of the world”/“Globe Theater” (159). Not only is the Fludd engraving much more detailed than the Swan Theater sketch, but also strikingly different in appearance, from the number of doors to the presence of a bay window. If the Fludd engraving did in fact portray the Globe’s stage, it would be the only surviving depiction of its interior, and would thus be essential in building a more accurate image of what the Globe actually looked like.

It is possible, though unlikely, that this engraving does show the placement of doors and windows in the Globe theater. Yates’s argument relies on several shaky conclusions: that Fludd’s illustrations depicted real theaters, that the Globe’s association with the cosmos drew Fludd’s attention, and that there is substantial enough detail to name a specific theater from an illustration of a stage purposefully altered and simplified to act as a memory device. It would take much luck for these assertions to be true, and for the image to indeed be an accurate likeness of the stage. However, though the engraving likely does not depict the Globe, it does provide a valuable illustration of the structure of Elizabethan stages as a whole. In fact, so do each of the sources used to construct modern reconstructions of the Globe’s appearance, whether related or unrelated to the theater itself. Given how little it is possible to know about the Globe, no reconstruction could possibly match the original interior. Instead, the few surviving depictions of Elizabethan theaters have resulted in a modern idea of the Globe as a fusion of many Elizabethan playhouses, from the Swan to the Fortune. In other words, the Globe has expanded beyond itself to become the theater of Elizabethan London, if not the “theater of the world.”

Yates, Frances A. Theatre of the World. University of Chicago Press, 1969. 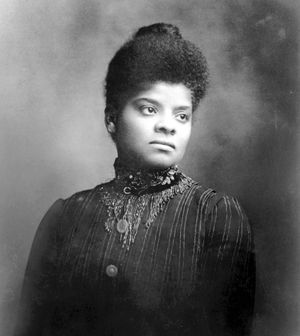 
Ida B. Wells and Her Fight for Positive Black Representation 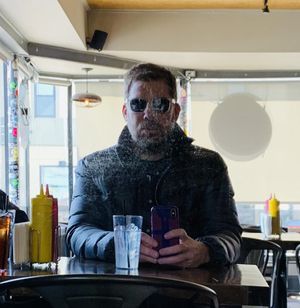