The Hatch and Brood of Time 7: Weighing Hamlet's Sources

In 1596, William Shakespeare’s 11-year-old son Hamnet died. His cause of death is not known, though it is possible he died of bubonic plague. His father’s reaction to his death is also not known. Four years later, Shakespeare wrote Hamlet, considered by many to be his greatest work. It is a popular idea that Shakespeare’s characterization of Hamlet, or even his motivation in writing the play itself, was inspired by his son Hamnet’s death. However, a lack of information about his relationship with his son or the circumstances surrounding his death means that any meaningful link between Shakespeare’s own life and Hamlet is difficult to find. If a connection does exist, it should be considered alongside other sources from which Shakespeare drew inspiration, instead of given undue weight in an attempt to decipher details about Shakespeare’s life.

The connection between Hamnet and the character of Hamlet -- and Shakespeare and Hamlet’s father -- has been widely speculated. In his Interpretation of Dreams, Sigmund Freud identified themes of childlessness and loss of children shared between Hamlet and Macbeth (written twenty years later); he connected this to the deaths of Shakespeare’s father and Shakespeare’s son, who, he wrote, “died early” (Freud 225). Harold Bloom asserted that Shakespeare would have played Hamlet’s Ghost in the original production of Hamlet, personifying the idea of Hamlet’s family as Shakespeare’s and Hamlet as Shakespeare’s son (Bloom 385). And in 2018, a play called Hamnet created a narrative to fill the “void” between his birth and his death (Sebag-Montefiore).

There is some evidence to support that Hamnet’s death influenced the characterization of Hamlet and other characters written after 1596. Though many of the plays written in the four years after Hamnet died were comedies (The Merchant of Venice, Much Ado about Nothing, and As You Like It were all written during this period), in King John Shakespeare famously wrote a passage describing the loss of a child:

“Grief fills the room up of my absent child,

Lies in his bed, walks up and down with me,

Puts on his pretty looks, repeats his words,

Remembers me of all his gracious parts,

Stuffs out his vacant garments with his form.” (qtd. in Greenblatt 2004)

If one assumes that the representation of a grieving parent in one of Shakespeare’s plays must betray some hint of Shakespeare’s own experience, this passage suggests that he was more deeply hurt by his son’s death than his comedies let on. Another obvious cause to wonder about the connection between Hamlet and Hamnet is their names. Hamnet was probably named after Shakespeare’s friend, Hamnet Sadler, but the names Hamnet and Hamlet were actually interchangeable; in 1616, Shakespeare left money in his will to “Hamlett Sadler” instead of “Hamnet Sadler” (qtd. In Greenblatt 2004). It is possible that writing a play featuring a main character with his son’s name reminded Shakespeare of Hamnet’s death. However, concluding that the themes of loss in Hamlet were inspired by Hamnet’s death requires making several questionable assumptions about Shakespeare’s life. For one thing, Shakespeare was likely not close with Hamnet. When Hamnet died, Shakespeare lived in London instead of in Stratford, and Hamnet was probably raised by Anne Shakespeare and William Shakespeare’s parents (Greenblatt 2004). Secondly, Hamlet was heavily influenced by other works, as were most of Shakespeare’s plays. The choices that seem to link Hamlet to Shakespeare’s own situation could also be explained by its source material.

Despite its name, the Ur-Hamlet was not the truly original version of the story. Both the Ur-Hamlet and Shakespeare’s Hamlet were influenced by a Scandinavian legend, recorded in Latin by Saxo Grammaticus around 1200 C.E. (Pedersen). Unlike the Ur-Hamlet, Gesta Danorum, the collection of stories including Hamlet’s ancestor, still exists. There are several notable differences between Hamlet and the story told in Gesta Danorum. Perhaps most strikingly, the murder of Amleth (Hamlet)’s father was not disguised as a snake bite. Instead, every character knows from the beginning of the tale that Fengo, who became Claudius in Shakespeare’s version, murdered his brother to take his place as king. Other details changed as well; there was no Laertes figure in the original story, though both Ophelia and Polonius existed. If Shakespeare was influenced by this work directly, he probably read it in a 1571 French adaptation. But even if he never came across the Gesta Danorum itself, he must have been exposed to it through the Ur-Hamlet’s interpretation.

Identifying the changes that Shakespeare made when taking the story of Hamlet from its original source can shed some light on what he may have been thinking when he wrote his own version of the story. What can be gathered about the Ur-Hamlet is not sufficient to determine how much of Hamlet was lifted directly from the other play -- all that is certain about the Ur-Hamlet is that it included a character named Hamlet and a ghost that, according to Thomas Lodge, at one point cried “Hamlet, revenge!” (56) This at least explains that the idea for the ghost of Hamlet’s father existed before Shakespeare wrote Hamlet. It also may explain Shakespeare’s use of the name “Hamlet” instead of “Amleth”, though this name could have been chosen for several reasons. Hamnet was, of course, the name of Shakespeare’s son and friend, and it might have been a common name at the time. In addition, the name “Amleth” translated to “stupid” (Pedersen). This may have suited Amleth from the Gesta Danorum, who “feign[ed] dulness, and pretend[ed] an utter lack of wits” to appear mad (Ulrik), but did not fit Shakespeare’s interpretation of the character.

The ways that Shakespeare deviated from the story of Amleth in Gesta Danorum are easier to name. Though he kept Amleth’s show of madness, his quest for revenge, and most of the roles of the characters in the original legend, he added Ophelia’s suicide, the entire gravedigger scene, Hamlet’s play, and Hamlet’s death -- in Gesta Danorum, Amleth lived long enough to act as king and die in battle (Olrik). By inserting long soliloquies that were completely absent from the original source and killing Hamlet off in the final scene, Shakespeare created a Hamlet completely different from that in the Gesta Danorum. Saxo Grammaticus’s Amleth was a soldier, and at times excessively violent. After stabbing the equivalent of Polonius, he cut “his body into morsels,” then tossed the morsels into boiling water and fed them to pigs. He later drugged a room full of nobles, tied them to stakes, and burned down the palace in which they were trapped. Shakespeare’s Hamlet would respect Amleth’s lack of hesitation and eventual leadership; Amleth is the epitome of “Exposing what is mortal and unsure/To all that fortune, death, and danger dare,/Even for an eggshell” (Shakespeare 203). By keeping Amleth’s intelligence and adding Hamlet’s tendency to overthink, Shakespeare allowed for a character with an inner world as complex as his outer one. The impulse to assign Hamlet’s sensitivity about the loss of children and parents to Shakespeare’s personal experience is an example of the tendency to take aspects of his works and use them to fill in blanks left by the scant records of his life. It is a poetic explanation for the lack of a response to Hamnet’s death in Shakespeare’s work, but one that is impossible to prove. Shakespeare possibly thought of his son when writing Hamlet. However, this should not be assumed, for the same reason that one cannot assume Shakespeare’s characterizations of Macbeth, Lear, or Othello were built from personal experience instead of imagination and empathy.

Bloom, Harold. Shakespeare: The Invention of the Human. Riverhead Books, 1998. 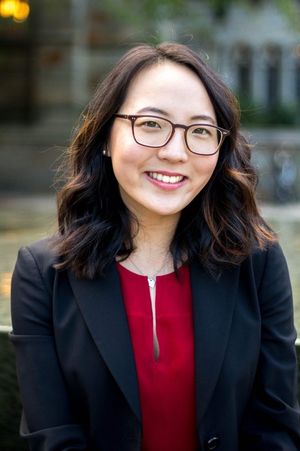 
"We're Going to Bring the Library to You:" Barbara Rockenbach on Community Building During a Pandemic 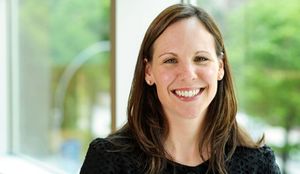