The Hatch and Brood of Time 8: Ballads and Folk Songs in Shakespeare's Plays

Music is a key aspect of Shakespeare’s plays. All but one of his comedies and all but four of his tragedies included songs or stage directions about songs, and songs were even included in three of his history plays, Henry VIII and the two parts of Henry IV (Lanthrop 1). Many of his songs drew lyrics directly from popular ballads of Shakespeare’s time, and his audiences were certainly familiar enough with the songs to catch even very subtle allusions. Because of this, references to music in Shakespeare’s plays communicated complex ideas about the context of certain scenes to his audiences that they cannot communicate to modern ones.

Most of Shakespeare’s songs were actually edited stanzas from other popular songs, though few of the songs he lifted lyrics from still exist. The songs that Ophelia sang after Polonius’s death reference popular ballads, although it is uncertain whether her songs shared a tune with any real ballads of the time; one of Ophelia’s lines, “they say the owl was a baker’s daughter,” was either a reference to a Cornish legend or a pun on the ballad called “The Merry Miller’s Wooing of the Baker’s Daughter of Manchester” (“wooing” like the hoot of an owl) (Duffin 19). Other songs have clearer origins in popular music. The sheet music for one of the Fool’s songs in King Lear still exists, at least in part. The song’s lyrics are similar to those of a folk song printed in a collection called Pammelia, both adapted from a ballad called the “Ballad of John Careless” (Ravenscroft). The Fool sang that “they for sudden joy did weep,/And I for sorrow sung,/That such a king should play bo-peep,/And go the fools among” (King Lear 53), while the Pammelia verse read that “Late as I waked out of sleepe I harde a prety thinge, some men for suddaine joy do weepe, and some for sorrow singe fa la la” (Ravenscroft). While they have some differences, the two verses are similar enough that it is likely that Shakespeare’s audiences heard the same tune as that written for the Pammelia song.

Fully-written songs in scripts were not the only way in which well-known ballads were incorporated into Shakespeare’s plays. In The Winter’s Tale, a First Gentlemen greets a Second Gentleman with “the news, Rogero?” (The Winter’s Tale 213). The Second Gentleman is the only character called Rogero in all of Shakespeare’s plays, and his name is only mentioned once in The Winter’s Tale. Including this name once seems like a peculiar choice, particularly given that “Rogero” is also the name of a well-known ballad tune from the time. This could have been a coincidence instead of a reference, were it not for two details, outlined in Ross W. Duffin’s Shakespeare's Songbook. First, Rogero’s response to the request for news was that he had seen

“Nothing but bonfires. The oracle is fulfilled: the King's daughter is found! such a

This is the second mention of ballads, and would remind Elizabethan audiences of the name Rogero and the ballad tune. The second detail is a ballad with the same plot as Winter’s Tale -- a jealous husband who believes his wife is cheating -- written “to the tune of Rogero” (Clark 263). The ballad was called The Torment of a Troubled Mind, and the only known mention of it was in The Shirburn Ballads, published between 1585 and 1616. (The Winter’s Tale was written in about 1610.) In The Torment of a Troubled Mind, the jealous husband first violently killed his wife and her supposed lover, then threw himself off a “chamber hye” (Clark 267). Audiences familiar with the ballad would assume that this reference meant that The Winter’s Tale would end in the same way, and the play’s ending would be unexpected.

Several subtle references to ballads were scattered throughout The Taming of the Shrew, as well, though they took different forms from those in A Winter’s Tale. Petruchio told Baptista that “every day I cannot come to woo” (qtd. in Duffin 208). The same line was repeated at the end of every verse of a ballad called “Joan, Quoth John”:

“Joan, quoth John, when will this be?

Tell me when wilt thou marry me?

My cow and eke my calf and rent,

My land and all my tenement.

Say Joan, say Joan, what wilt thou do?

The phrase “kiss me, Kate” could be a reference to a round called “Kiss Me Kate”, though it is also possible that the round was written after The Taming of the Shrew and referenced the play instead of the other way around: “A double forth and a double back, four/single sides: well caper’d Jack!/Pitch and turn each to his mate and a/double round: Come kiss me Kate” (qtd. in Duffin 101). The effect of these references to cheerful songs in comedies was the opposite of the effect of references to songs in Shakespeare’s tragedies. Instead of communicating melancholy and madness, or even a sense of foreboding as the subtle allusion in The Winter’s Tale may have done, the references to “Joan, Quoth John” and “Kiss Me Kate” probably struck audiences as comedic or romantic.

Despite the importance of popular songs in Shakespeare’s plays, it is difficult to be faithful to the original melodies of the songs in modern productions. Most of Shakespeare’s songs, like Ophelia’s in Hamlet, have no surviving sheet music, so productions must write new melodies or choose from various melodies written for past productions. Even songs with surviving sheet music often are not simple to revive. One of the most well-known folk songs in Shakespeare’s plays was the “Willow Song” from Othello, which Desdemona sung before her death. A manuscript version of the lyrics and sheet music remains from the late 16th century, but the lyrics of Shakespeare’s version and the original song differed in places, perhaps because Desdemona’s distressed state in the scene caused her to misremember the lyrics. This means that parts of the original song’s rhythm do not match up with Shakespeare’s lyrics. In lines such as “her hand on her bosom her head on her knee” (Shakespeare’s version)/”with his hand in his bosom & his heade upon his knee” (manuscript version) (qtd. in Cutts 15), the extra syllables in the original version mean that the rhythm for the Willow Song in Othello cannot be taken straight from the sheet music in the manuscript.

The original sheet music itself is also not infallible. In the sheet music of the Willow Song, one of the letters in the fourth measure from the end of the lute tablature was written incorrectly, leaving a discordant note. Later editions of the song have typically omitted this error and even changed one of the other chords in the measure, but some productions may choose to keep that measure as it is. Scores for other ballads have been pieced together from scraps of sheet music and lyrics over several different publications (Duffin 209), leaving potential for disagreement about which is the correct version. Much about these songs is open to interpretation; the tunes that were once familiar enough to audiences that Shakespeare could call them to mind with a single word have now all but vanished from public consciousness.

Nearly 200 Elizabethan ballad-writers are known by name (Rollins 260). According to George Wither, in 1625 there were “thousands of vain songs and profane ballads stored up in the Stationers’ warehouses,” and “many muses” were “perpetually employed for the composing of new strains” (qtd. in Rollins 261). Ballads and folk songs were immensely popular, and allusions to them in other literature could transform the meaning of a passage in very few words. Perhaps dropping quotes from famous ballads in Shakespeare’s time had the same effect on audiences that dropping well-known Shakespeare quotes does today. 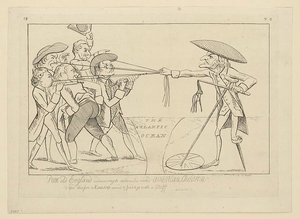 
The Hatch and Brood of Time 9: Shakespeare in America 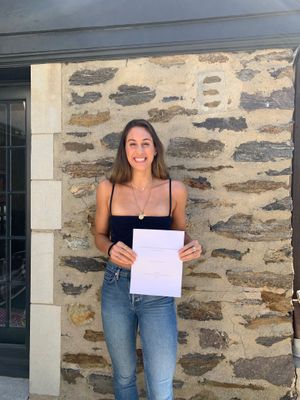