The Hatch and Brood of Time 10: Shakespeare’s Schools in the Present Day: A Review of Scott Newstok’s How to Think Like Shakespeare: Lessons From a Renaissance Education

Every morning, high school students across the country sit down at home, in front of desks or kitchen tables, headphones on. Occasionally they may nod at their computer cameras or mutter answers into their microphones, but most of their school day is spent staring into illuminated screens, often with their cameras off, unable to see their classmates’ faces. The COVID-19 pandemic has forced elementary and high schools to adopt a new way of educating, one that is more self-directed and automated than ever before. It will force them to consider how education will rebuild itself after the crisis has passed. Will it continue along the path of digitization, or return to traditional, offline methods of teaching? In How To Think Like Shakespeare: Lessons From a Renaissance Education, Professor Scott Newstok presents an analysis of contemporary education that is essential in a moment in which education has been forced to undergo a radical change. He argues that we can only create a modern model of education capable of producing thinkers that rival geniuses throughout history by looking back to educational systems of the past.

In Newstok’s pleasantly colloquial and often humorous book, he argues that elements of education during the Renaissance -- including rhetoric, the study of English through practice in composition, and the use of a classroom as a literal shared space instead of a digital “space” -- are necessary to create thinkers who can understand and contribute to canonical texts rather than just regurgitate facts handed to them in classes. But the American education system does not leave space for the in-depth, long-term study of how to form and communicate ideas. Instead, it has increasingly veered into an assessment-based teaching method, in which students are required to memorize facts only in order to pass each test, instead of to pursue a more lasting goal. Any student who has studied for an AP exam may remember the intensive focus on specific, key facts rather than on their context, the joylessness of studying rather than excitement of learning, and the formulaic method of learning how to write quickly rather than the much more involved process of learning how to write well.

At the center of How to Think Like Shakespeare is the concept that most great ideas are products of imitation. Newstok suggests that modern education should, in some ways, imitate Renaissance education; similarly, works by canonical authors (and the students who study them) imitate works that came before them. Shakespeare lifts the plots for his plays and even phrases themselves from earlier sources, which in turn draw from earlier ones. In one particularly striking moment, Newstok tracks the phrase “nothing came from itself” from Keith Richards’s autobiography back to Parmenides’s On Nature, written two millenia before. Newstok’s text is interspersed with quotes from various authors and across various eras, many of which express similar ideas despite their disparate origins; in this way, Newstok’s book itself demonstrates that ideas are repeated and copied between works. Passages directly lifted out of other authors’ texts are combined to express ideas that on their own may have been written before, but come together to form something original. As Newstok quotes Julian Barnes, “put two things together that have not been put together before. And the world is changed.”

How to Think like Shakespeare could not be more relevant to the current state of American education. Since March of this year, school districts across the country have, by necessity, switched from in-person classes to online ones. Students now must remain focused online for hours at a time. However, this change is not only a result of the COVID-19 pandemic. Even before 2020, schools increasingly incorporated technology into their curricula, whether it was through mandatory Khan Academy lessons, pre-recorded lectures, or textbooks read off of an iPad. By replacing in-person lessons with these digital substitutes, teachers sacrificed communication for personalized learning, a choice which Newstok believes is misguided.

The question of the integration of technology into the classroom is not the only way in which Newstok’s book may resonate with modern students. To Yale students familiar with the Directed Studies program, a debate about the importance of what Newstok calls a “stock” -- a collection of canonical texts which students should study, imitate, and use to inform their own writing -- may seem familiar. Directed Studies students study influential texts belonging to Western and Near Eastern cultures. Programs like it have been praised for improving students’ critical thinking and writing skills, but criticized for perpetuating the idea that the core texts of Westurn culture are more valuable than those from other cultures. One possible solution to this disagreement is a distinction that Newstok delineates in How To Think Like Shakespeare -- the difference between “negative liberty and positive liberty,” or the difference between “‘freedom from’ (as in, I am slave to no man) and ‘freedom to’ (as in, I am my own master).” Critics of Great Books programs may still find Newstok’s idea appealing, as it allows for Western literature to be studied in order for the student to have a choice rather than as an obligation -- the choice about whether or not to stray from that traditional path rather than the obligation to respect and identify with the authors of classic works.

As Newstok’s book suggests, educating “the new Shakespeare” may require us to think like Shakespeare as well. To do that, we must reconnect to a traditional model of education, instead of falling into flashy theories about the revolutionary qualities of new gadgets or computer programs. Someday, when the COVID-19 social distancing measures are no longer necessary, we will be forced to choose whether to remain on the track towards independent, digital learning or return to traditional forms of teaching. How to Think like Shakespeare warns that as tempting as a future of highly individualized digital schooling may seem, it may never compare to the value of in-person education.

Newstok, Scott L. How to Think Like Shakespeare: Lessons From a Renaissance Education. Princeton University Press, 2020. 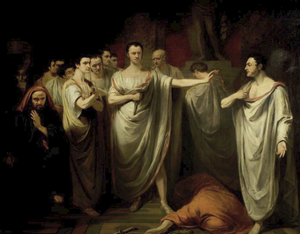 
The Hatch and Brood of Time 23: Robert Devereux’s Ides of March


"You Can't Unknow:" A Conversation with Ashley Farmer on Inequality and Intellectual Production 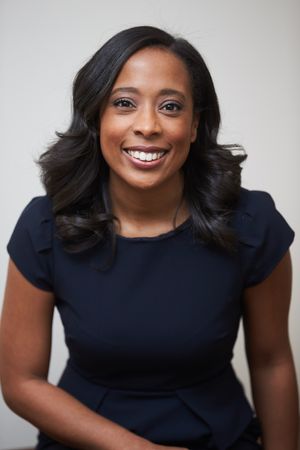