The Hatch and Brood of Time 23: Robert Devereux’s Ides of March

In 1599, Shakespeare’s Julius Caesar was performed for the first time at the Globe Theater. Audiences watched as a military general fed off of the adoration of a mob, was tempted by the promise of power, and was murdered to protect the ideals of the Republic that his ambition threatened. Two years later, another successful military general, Robert Devereux, the Earl of Essex, marched towards London with a crowd of dedicated followers, intending to gather the people of London and demand political power directly from Queen Elizabeth. A failed attempt at regaining political control by a figure very similar to Caesar, Essex’s rebellion was a timely reminder of the costs of reckless ambition.

The Earl of Essex, like Shakespeare’s interpretation of Caesar, was a military leader who possessed dangerous political aspirations. Essex began as one of Queen Elizabeth I’s favorites, politically and militarily successful. However, in 1599, he led a disastrous military operation that ruined his reputation and began a chain of events that would lead to his execution. Essex had been sent to respond to a rebellion in Ireland led by Hugh O'Neill, the Earl of Tyrone, and instructed to end it with military force. Instead, after being thwarted several times by difficult terrain, Essex convened privately with Tyrone to arrange a temporary truce. Against direct instructions, he left his position and returned to London to explain himself to Queen Elizabeth. In his haste, he rushed into “the Queens Bed Chamber, where he found the Queen newly up, the Hare about her Face” (qtd. in Irish 145). Essex was put under house arrest for months while his political rivals wrote up a case against him, insisting that he was working with Tyrone and was planning to seize the throne. After his trial, though he was freed from house arrest, Essex was banned from court and stripped of his positions in government. As the final nail in the coffin, Elizabeth failed to renew Essex’s monopoly on sweet wines, which had been the source of most of his income (Irish 145).

Financially and politically destroyed, Essex wrote Elizabeth a series of letters over the next months begging her to allow him to return to court. All were unsuccessful. Desperate, in February of 1601, Essex decided to take more drastic action. With a mob of armed followers, mostly consisting of other dissatisfied nobles, he planned to march into London and gain an audience with the Queen by force.

This plan failed almost immediately. Essex had counted on leading his crowd through the streets, convincing the people of London to join his cause before moving on to the palace. However, having received word of the coming mob, London officials had blocked the streets and closed the gates. Nobody came to their aid. Essex and his followers were forced to retreat to Essex’s house, where he was arrested; within a month, Essex had been found guilty of treason, and soon after he was beheaded (Irish 146). (Shakespeare’s own company was implicated in the rebellion; before it began, his company was paid by rebels to perform Richard II, a play in which the king is imprisoned and killed by Henry Bolingbroke, who would become Henry IV. Augustine Phillips, a member of Shakespeare’s company, was examined after the rebellion, but was released without punishment.) (Nelson)

Essex’s rebellion would not occur until 1601, two years after the first production of Julius Caesar. However, even before the rebellion, Essex had established himself as a figure rivalling Caesar in political ambition. He had engaged in several arguments with the queen, culminating in a 1598 conversation in which Essex had turned his back on Elizabeth and she responded by slapping him. Instead of being ashamed of his behavior, Essex wrote a resentful letter that was passed around the court, claiming that “no storm is more outragious than the indignation of an impotent Prince” (qtd. In Dawson 362). His attitude did not go unnoticed; some expected and even desired Essex to pose a threat to the stability of Elizabeth’s rule. In 1596, Sir Francis Bacon warned Essex in a letter of advice that he should not become too reliant on his reputation as a soldier or risk losing the Queen’s favor: he was

“a man of a nature not to be ruled; … of an estate not grounded to his greatness; of a popular reputation; of a military dependence: I demand whether there can be a more dangerous image than this represented to any monarch living, much more to a lady, and of Her Majesty’s apprehension?” (Tipton 779; Bacon 41).

A scandalous dedication published alongside John Hayward's Henry IIII in 1599 went further, implying not only that Queen Elizabeth could perceive Essex as a threat because of his military background, but that he was actually going to become king. It read, “magnus et presenti iudicio et futuri temporis expectatione” — “Great thou art in hope, greater in the expectation of future time” (qtd. in Ribner 14; qtd. in Heffner 757). “Greater in the expectation of a future time” was Essex’s ‘all-hail hereafter’. As Caesar’s mob had done for him, the people had begun to whisper about Essex’s unspoken political ambitions. Essex must have been aware of this. He expected to arrive in London in 1601 and be welcomed by a crowd of adoring followers.

Julius Caesar also relies upon a mob, and although his works in his favor, the fallibility of the mob in Julius Caesar is very clear. The people are easily manipulated; they long for a leader, so when Caesar is killed, Brutus easily takes his place. They then instantly forget that they ever cared about Caesar. “Caesar’s better parts shall be crowned in Brutus,” they cry, and “Caesar was a tyrant” (Shakespeare 3.2.54-55, 76). When Mark Antony speaks, the crowd is again swayed; not only is Caesar once again worthy of praise, but his murderers must be killed. The murder of Cinna the poet, carried out without even a guise of rationality, is the most drastic example of the crowd’s mindlessness. The mob does not need a reason to kill Cinna; they switch quickly from desiring Cinna’s death because “he’s a conspirator” to wanting to “tear him for his bad verses,” and then to killing him because “his name’s Cinna”—no further explanation required (Shakespeare 3.3.31-35). Essex was well aware of a mob’s ability to be manipulated, and his plan relied on quickly convincing strangers that they were dissatisfied with their leader, regardless of their former opinions—just like Brutus’s attempts to convince followers of Caesar, and Mark Antony those of Brutus. If word of Essex’s rebellion had not carried to London before he and his followers arrived, it is possible that a crowd of strangers would have accompanied him to his destination.

Though Essex shared several traits with Shakespeare’s interpretation of Caesar and had already been rumored as a possible successor to Elizabeth I by the time Julius Caesar was completed, it is likely that Shakespeare did not write Julius Caesar with Essex in mind. However, who was and was not suitable to lead would have weighed heavily on the mind of anyone in the years leading up to Elizabeth I’s death in 1603. Elizabeth was unmarried and had no children, and who was most eligible to follow her was uncertain. The fear of a violent transition of power, or of a leader who would wield their power dangerously, would have been significant.

Bacon, Francis. The Letters and the Life of Francis Bacon: Including All His Occasional Works, Namely Letters, Speeches, Tracts, State Papers, Memorials, Devices and All Authentic Writings Not Already Printed Among His Philosophical, Literary Or Professional Works. Edited by James Spedding, Longman, Green, Longman, and Roberts, 1862, Google Books, books.google.com/books?id=sHRRAAAAcAAJ. 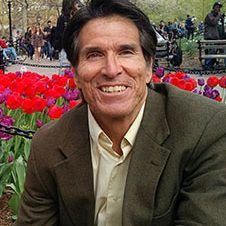 
An Interview with Rick Chavolla


The Hatch and Brood of Time 10: Shakespeare’s Schools in the Present Day: A Review of Scott Newstok’s How to Think Like Shakespeare: Lessons From a Renaissance Education 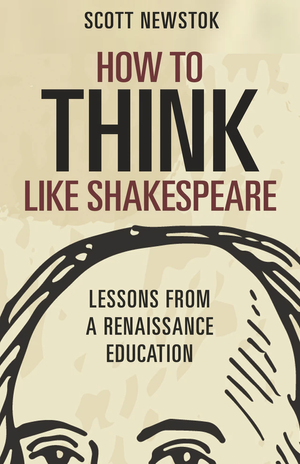