On May 10, 1849, William Macready was arranged to star in a production of Macbeth in the New York Astor Place Opera House. It was a much-anticipated performance, both by Macready’s supporters and his critics, and that evening a crowd of people stood around the theater. However, not all of them were there to watch Macready perform. Before the play ended, a riot broke out that would leave dozens dead and over a hundred wounded. It was caused in part by a rivalry between Macready and another actor called Edwin Forrest, but given deadly strength by class struggle and a growing nativist movement.

Macready was a famous British actor, and Forrest a famous American one. They had vastly different acting styles. One critic called Forrest “a vast animal, bewildered by a grain of genius” whose “physical attributes determined his course” (Winter 124), and another insisted that “if a bull could act he would act like Forrest” (qtd. in Feuerherd).  Macready’s acting style was much more cerebral; he insisted upon historically accurate costumes and a sense of artistic unity (“William Charles Macready"). They entered into a very public rivalry in 1845 when Forrest hissed at Macready during one of Macready’s performances. In 1848, Macready made a speech thanking his audience for refuting his critics. One of Forrest’s friends responded by publishing a list of Macready’s supposed attacks against Forrest, turning many of Forrest’s fans against Macready (Foulkes). By the time Macready travelled to New York to perform in the 1849 production of Macbeth, his rivalry with Forrest had grown out of their own control and become more than a simple disagreement over theatrical styles. It had developed into a sparring match between two groups of Americans: wealthy Anglophiles and followers of Macready who saw Forrest supporters as “rowdies" following “a vulgar, arrogant loafer” and working-class audiences who saw any Macready supporter as an “English fool” (Hershkowitz 280, 285). This was at the heart of the Astor Place riot: American supporters of Forrest saw Macready’s performance as rich, British encroachment on working-class American culture and were willing to resort to violence to express their discontent.

The days leading up to the Astor Place Riot hinted at the violence to come. On the opening night of his production of Macbeth three days before the riot, Macready was chased off the stage by his hostile audience, who hurled “rotten eggs, copper pennies, potatoes, old shoes, chairs, apples, and a bottle of asafetida, a strong-smelling resinous gum” at him (Hershkowitz 279). At first, it seemed like the performance might end peacefully. The first two acts passed in relative quiet, despite “some groaning and hissing” from a large crowd (Walling 43). However, this peace did not last. The police had foreseen trouble and stationed several officers in the theater; according to an officer named George W. Walling, who was on duty in the upper level of the theater, a crowd of “disorderly persons” started yelling and convincing others to join in during the third act (Walling 43). One, identified by Walling as “Butt” Allen, picked up a heavy chair and moved to throw it at Macready on the stage. Walling stopped him, but as more people came out of the crowd and fought Walling, Allen managed to throw the chair onto the stage, missing Macready by feet. Nevertheless, Macready continued his performance until the crowd threw stones that broke “nearly every window in the theater” (Walling 44), at which point Macready stopped the play and swore that he would never return to perform in New York. If Macready had followed through on this declaration, perhaps the ensuing riot would have never happened. However, after he was presented with a petition signed by forty-seven powerful supporters—including Herman Melville and Washington Irving—Macready allowed himself to be convinced to perform again before leaving New York (Berthold 429).

On the evening of May 10, a mob gathered outside the theater, armed with stones taken from the pavement. The rioting spread across several streets, and thrown stones hit both rioters and police officers. When Walling carried his injured colleagues into the theater, he was faced with a scene of “terror and confusion” (Walling 44). The play was still in progress, but stones were being thrown through the broken windows and landing in the audience. The military soon arrived and began to fire over the crowd. Their bullets did not only injure members of the mob, but also innocent people standing far from the riot. After two commands to “fire,” the terrified mob fled from the scene, and nobody was left on the street “who was capable of moving” (Walling 46). The riot left more than a hundred people wounded and at least twenty-two dead (Feuerherd), but Macready was unharmed. He finished the play (insisting that the audience would really “have cause for riot if all were not properly done”), thanked his supporters, changed clothes with another actor to avoid recognition, and fled the theater and the country (Macready 425; Foulkes).

Edwin Forrest, Macready’s American rival, was seemingly not involved in the violence. While Macready was being driven off the stage in his production of Macbeth on May 7th, Forrest was performing in his own production of the same play at the Broadway Theatre, which he finished without interruption (Foulkes). According to Wardle Corbyn, a theatrical agent, Corbyn saw the publisher of a journal on May 9th (a day before the riot) who asked for Forrest’s address in order to find out if Forrest was “right,” then “I can carry him through;” he wanted to know if Forrest supported the plans to stage a protest against Macready (qtd. In Hershkowitz 300). On June 1, Judge John W. Edmonds, who would present evidence against those involved in the riot, sent a letter to Forrest to ask what role he had played in the planning or execution of the event. In a letter that Forrest sent to D. A. John McKeon months later, he wrote that he had never seen Edmond’s letter but “if however you think my testimony in these matters of the slightest importance, I am ready and willing to give it at any time you may be pleased to designate” (qtd. in Hershkowitz 303). Despite whatever role each played in the riot, neither Macready’s career nor Forrest’s suffered greatly as a result. Macready returned to England, performed in several more plays, and retired in 1851. Forrest caused another major scandal when he and his wife divorced in 1850, but continued acting for the rest of his life.

The Astor Place riot was far from the only riot caused by angry theatergoers. Theaters were often unruly, violent places. Audiences who did not like what they were watching could throw rotten food or stones. In 1779, at the Theatre Royal on John Street, they threw “missle pippens” down from above (qtd. in Hershkowitz 280). However, no previous civil insurrection in America had been as deadly as the one at Astor Place (Feuerherd)—probably in part because it was premeditated and advertised. Days before the riot, handbills were printed and posted in restaurants and theaters. An “Englishmen” poster, which included the phrase "Dieu Et Mon Droit—John Bull,” urged support for Macready (Hershkowitz 302). Another, printed by Forrest’s supporters, read,

“Working Men shall Americans or English Rule! In This City! The crew of the British Steamer, have threatened all Americans who shall dare to express your opinions this night at the English Aristocratic! Opera House! We advocate no violence but a free expression of opinion to all public men. Workingmen! Freemen! Stand by your Lawful Rights!

The “British Steamer” referred to competition between America and England to build steamboats capable of travelling quickly across the Atlantic (Hershkowitz 299), a rivalry that paralleled the one between Forrest and Macready. The “American Committee”, also known as the “Order of United Americans”, was a nativist, anti-Catholic society, one of several groups which preceded the Know-Nothing Party in the 1850s (Brand 51). On the “Working Men” handbill, Macready’s name was never mentioned—the protest was explicitly about a conflict between the American working class and the British elite instead of simply between fans of Macready and Forrest, and Macready acted only as an easy target for a more widespread and general rage.

Because Macready was a favorite of Anglophile elites, Forrest and his style of acting became, by contrast, symbols of the culture of working-class Americans. Each actor remained true to his role; after the riot, Macready and Forrest continued to act as hostile as ever towards each other. While Forrest was a symbol of American patriotism —one newspaper wrote that his talents could “prove to the pedants of Europe that our soil is fertile in genius and that her children know how to cherish and reward it” (Grimes) —Macready began to despise America as a whole, deeming it tasteless and brutish. Upon arriving back in England in June of 1849 and receiving news that Forrest’s friends were seeking evidence that he was conspiring against them, he wrote in his diary, “What miserably stolid wretches, and what a country, where such things can be done!!!” (430)

Feuerherd, Peter. “When an Argument Over Macbeth Incited a Bloody Riot.” Jstor Daily, 10 May 2019, daily.jstor.org/an-argument-over-macbeth-incited-a-bloody-riot/. 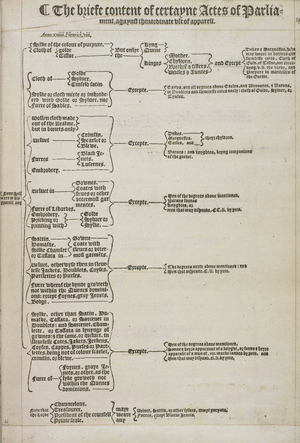 
The Hatch and Brood of Time 18: Elizabethan Costumes as Status Symbols


JELANI COBB: A Person of Conscience 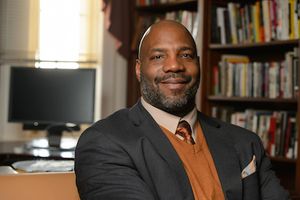