JELANI COBB: A Person of Conscience

He serves as the Ira A. Lipman Professor of Journalism at Columbia University, a correspondent for PBS’s FRONTLINE, and a staff writer at The New Yorker. He has authored multiple books, including The Substance of Hope: Barack Obama and the Paradox of Progress.

Dr. Cobb has also received many fellowships and awards, such as the 2015 Sidney Hillman Award for Opinion and Analysis and the 2017 Walter Bernstein Award from the Writers Guild of America for his investigative Frontline series Policing the Police.

Dr. Cobb is a leading public authority on topics such as race, politics, history and culture. We at the YHR are honored to interview this incomparable scholar, journalist and educator.

Note: Although this interview was conducted shortly before the insurrection on the Capitol, some of Dr. Cobb’s comments about the dangers of the current political climate seem prescient. However, despite his sober reflections, Dr. Cobb’s optimism is inspiring.

YHR: Please describe yourself in two sentences, one personal and one professional.

Jelani Cobb (JC): I have one sentence that does both. I'm a person of conscience who attempts to live out his ideals in the world.

YHR: Let’s discuss your path to becoming a person of conscience. Did it begin while you were still a graduate student? I know from interviewing Matthew Guterl that you two had a yearlong seminar on African American intellectual and cultural history with David Levering Lewis. Professor Guterl described this class as a “graduate school scavenger hunt” because each student needed to find the readings from small bookstores across New York and New Jersey. Do you carry any other striking intellectual experiences from Howard or Rutgers with you today?

JC: I would have to reiterate the point that Matthew made: David's class was a boot camp. I still go back to many of the lessons he taught me. David told me that he would give me the secret to doing the best possible work on a project. I was all ears. He said go to the library when it opens. I said yeah. He said work until it closes. [Both laugh.] That was fundamental, I think. You have to be dedicated to the craft.

But one of my most formative experiences was actually not in school. Between my junior and senior year, I ran out of money and didn't have the resources to continue studying at Howard. I dropped out. It took three years before I was able to come back and finish my senior year. In that period, I was out of school as long as I had been in it. I read everything I could get my hands on because I worried that I would lose my intellectual momentum. I just crammed books in my basement apartment in Washington D.C. After I got off my shift at the coffee shop I worked in, I read until I passed out. I think most of my development, at least at that point in my life, happened in that basement.

YHR: Moving from learning to teaching, one of your students at Spelman, Ashley Farmer, told me that you guided her to becoming a historian. How do you inspire students such as Dr. Farmer to follow your path and steep themselves in learning, whether in libraries or basements?

JC: I'm very happy to hear that Ashley Farmer said that. She was one of my prized students. I've been fortunate to have some very amazing students over the years. She's one of them. It's validating to meet someone else who feels passionately about the ideas that I care about and pursues the questions that I'm interested in answering.

I feel that the field of African American history relates to bigger social concerns — it’s almost a sense of mission. I can't speak for other academics, but I think historians tend to see themselves in that light. Partly, we study the past to render knowledge in the present. It has a prophetic undertone to it. And sometimes you feel like you are shouting into the wind. When you find that one person – whether a student or reader or audience member -- who catches the thing that you are thinking about, it justifies your work.

YHR: I am glad you mentioned the word “wind” because you compared the historian’s task to the meteorologist’s in a September 14th New Yorker article: “A weather forecast is not a prediction of the inevitable. We are not doomed to witness a catastrophic tempest this fall, but anyone who is paying attention knows that the winds have begun to pick up.”

JC: Yes, that's a metaphor that I haven't thought about as prominently. But I think that sums it up.

YHR: On the topic of the “tempest this fall,” I just rewatched your powerful FRONTLINE “Whose Vote Counts” – an investigation delving into voter fraud and disenfranchisement. Upon a second viewing, one quotation from Melody McCurtis stuck with me: “We’re in 2020, but it felt like 1867.” How do you place the voter suppression tactics in Wisconsin in 2020 within the wider history of repression in the US?

JC: It wasn't surprising because we've been talking about this question for years. At the same time, it still is unsettling. I saw it and realized, wow, this is really what John Lewis was warning us about, the stuff that people in Selma were fighting against. There are also attempts now, like there were back then, to explain away what's happening, to gaslight the public.

YHR: Yes, the marriage of the shocking and the not-so-surprising arises in your interview with Hans von Spakovsky. You two seemed to be speaking different languages throughout the conversation. You recognize history and von Spakovsky denies it. This reminds me of a phrase you wrote on November 5th: “Trump is a dangerous man, but he is not nearly as dangerous as the history that animates him.” This danger has emerged in the past weeks. Even though Biden won the election, Trump still received over 73 million votes. Where, if anywhere, do you see openings for an acknowledgment of the past to reshape the present?

JC: I don't know. It's a hard question to answer because we have seen so much happen in the opposite direction. I think that you need to have optimism or you might as well not get out of bed in the morning. You need to believe that change can come. Things have changed for the better in the past decades. But right now, half the country is enthralled with this demagogic figure who spins wholesale lies.

Looking at that, it's hard to see how you get from that to what actually constitutes democracy. People in many instances are not concerned about whether or not we're in a democratic society. They're just interested in winning. By winning, they mean punishing people who they don't like, such as coastal elites. Or gay people, Black people, trans people, Jews, women, people with disabilities, Muslims, Latinos, people who are undocumented, people who are documented but vote in a way that you don't like -- the litany of people who have been stigmatized over these past years.

That being said, I think that movements begin in the depth of despair. The civil rights movement, the labor movements, the movements we credit with achieving a more livable society than what we operate in now, all persevered through moments like this. I think that movement building -- the work of organizing, getting out, contacting people and having intimate conversations in the community about where interests lie -- still works. There's a long road ahead of us.

YHR: This brings me back to a Walter Benjamin quotation on crises as opportunities: “the state of emergency is also always a state of emergence.” Perhaps we could add that this emergency also brings clarity. COVID-19 has shown us how terribly long that road you mentioned is. Political cruelty and human vulnerability have collided over the past months.

JC: It’s laid bare. You don't have examples that are much starker than what we have now. More than a quarter million dead and an unknowable number who have survived but appear to have long-term complications, if not incapacitation. I have a niece who works in a nursing home and was diagnosed two days ago and is at home struggling with this virus. There is no more definitive argument than that. But people persist in believing that the virus is a hoax. In New York City, for instance, the parts of the city that vote Democratic generally have lower transmission rates than Staten Island which tends to vote Republican. That's anecdotal. It may or may not be causal. That being said, there seems to be some relationship between support for the political right in this country and disbelief about the seriousness of this virus. Quite frankly, that scares me because viruses don't care what your politics are.

YHR: I'm sorry to hear about your niece.

JC: I used to make a very bad joke before the COVID era: viruses are like graduate advisors. They don't want to destroy you, they just want to get inside you and replicate themselves – presumably, hopefully, in ways that are less dangerous and destructive than what we're seeing now. [Both laugh.] But I think we've seen something else get inside people and replicate itself that is not simply the virus.

YHR: I'm applying to graduate school now and cannot wait to get this new virus, one can hope from a professor as brilliant as you. [Laughs.] To end, I would like to shift the scope of our talk to the title of one of your books, The Substance of Hope. What is the substance of hope for you?

JC: A more humane society, a place where I'm not worried about the prospects of a validated injustice harming people. I think that we have to confront these issues. Sooner or later, we're going to have to reckon with the fact that we have the wealthiest society in the world and persistent poverty. People can't afford to get a fever and take the day off. Just think about the crushing debt that people are going to be saddled with as a result of this pandemic.

We've constructed the most profoundly selfish society in fundamental ways. If I'm at war with anything, it's that. I hope for the most basic thing: success in creating a society that treats people better than this one does.

Image credit: The faculty page for Dr. Cobb at the Columbia Journalism School. 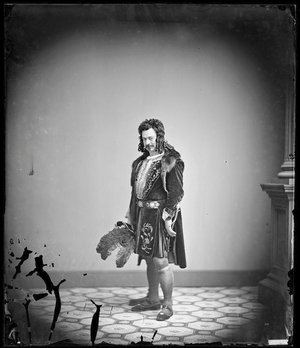 
The Hatch and Brood of Time 20: The Macbeth Riot


The Hatch and Brood of Time 16: The Second-Best Bed 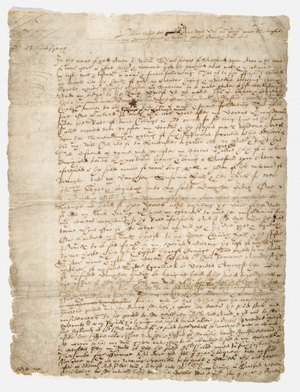 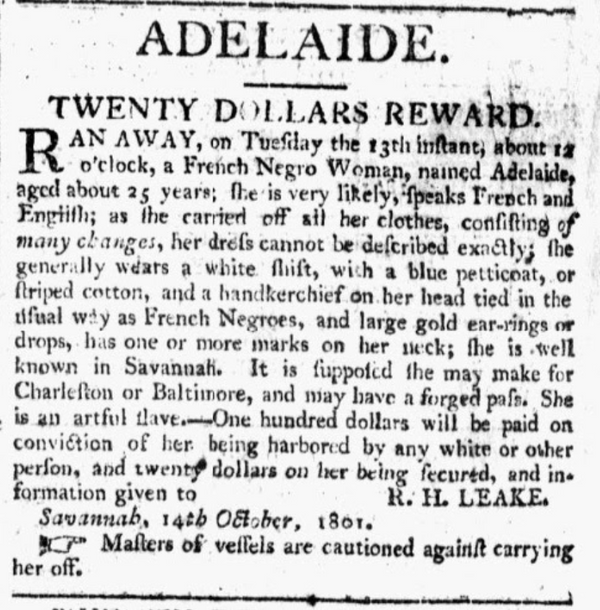 Fugitive Slave Advertisements in the Antebellum South: A Conversation with Dr. Shaun Wallace 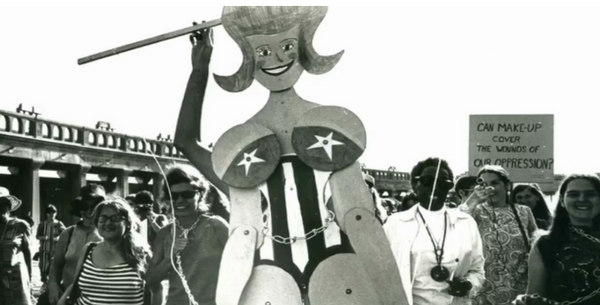 “I was the force of that.”: Florynce Kennedy’s Involvement in the Miss America Protests of 1968 in Atlantic City, New Jersey 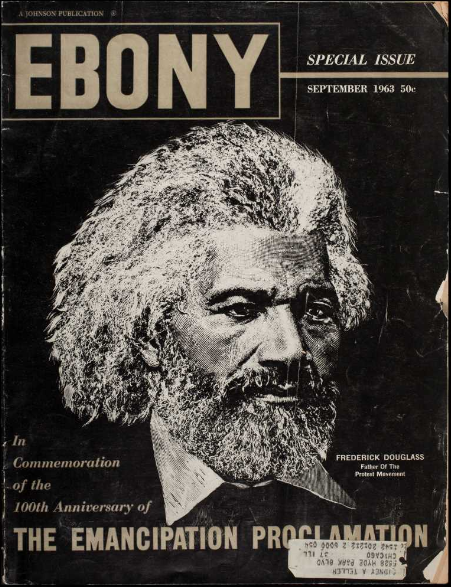 Emancipation Centennial: Commemorating the Civil War in the Era of Civil Rights 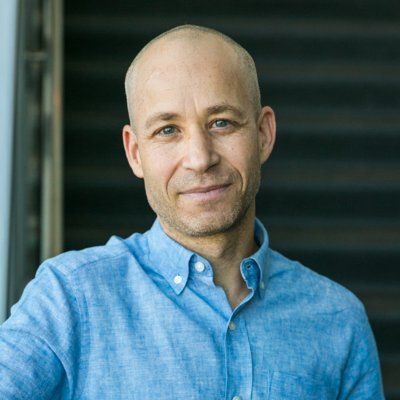 Anthropology for the World: A Conversation with Dr. Chip Colwell 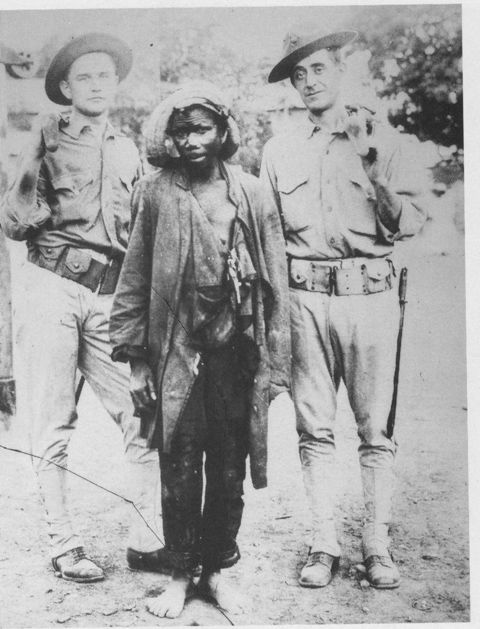 The Great Awakening: The Influence of the U.S. Occupation of Haiti on Black Transnationalist Cultural and Intellectual Discourse 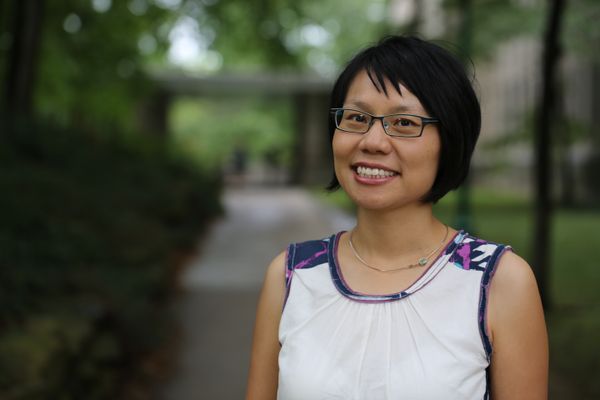 Using "stories to make sense of ourselves:" An interview with Dr. Ellen Wu